I remember since I was a child, I had the dream of flying. Every day after lunch, I used to go on the balcony of my house in Brasília, and look to the sky dreaming of all the places I would like to go. I used to create the scenes in my mind, imagining places that I saw only in pictures and dialogues with people that I have never met, in languages that I didn’t know how to speak. Well, I was only 7 years old… 11 years old… 14… 16… still, this was only a dream of a girl sitting on a chair on the balcony, looking to the sky.

After high school, then my first degree a thought came to mind. “I really would like to study English abroad!!… No. No money”… after my second B.A, it came again… “Maybe now I can live in another country for while!! No. No time” 😦

There was only one way to follow, and it was to start working. As my mom said “Maybe you can save money to do what you want.” This was the first thing that I did since my first salary: Start saving and investing money, even though in the beginning my wage was really limited.

On the backstages of this story, there were many prayers. Hours spent studying and trying to listen for what to do, and a soft voice saying “My daughter, I am listening to you, trust in Me and keep going where I am showing you.” “But I do not want stay here!!!, I do not want to work with this now!! I don’t… Okay, I’ll go :/,”and miracles started happening.

I started working as a TV producer, and even though I was a freshman, my mom taught me that anything that comes to your hand, do your best. What surprised me was when the TV program that I was working on choose me to produce a special international series. WHAT?!?!? I was going out of my country for the first time ever, and I didn’t have to pay for that! God is good, all the time! 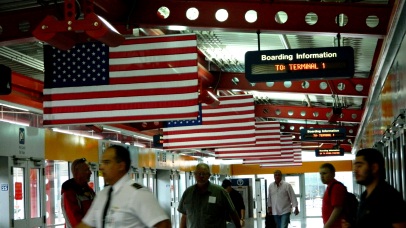 It was planned to visit Michigan and Chicago! Yeah I was going to USA for 15 days full of work, and without speaking English. It was definitely NOT a touristic trip! It was a big challenge, but also a very good start for who dreamed to go abroad for long time.

We recorded around 12 archaeological TV shows between Siegfried H. Horn Museum at Andrews University in Michigan, and The Oriental Institute Museum of the University of Chicago. Waking up around 5am, and going to sleep after 1am; eating two times per day for saving time and budget. There was the time I started to live by granola when I travel, as I do not like fast-food, and looks like this was the only thing we could find late at night.

Despite all the rush, we managed to find some time to be a bit more ‘touristy’, like do the main thing that people do when traveling to the US: shopping! But instead of having the complete trip for this as people do, we had less than half a day for it, which made it almost a race between stores. Instead of visiting Lake Michigan, we went to a small town called Battle Creek, but it was worthy as I was able to discover new things.

One day I was able to eat very well at this place called Cheesecake Factory, after days of eating fruit and granola that I used to save from breakfast. Also, we had a “local experience”, getting into a huge traffic jam in Chicago on the way to the airport and missing the flight! “#FAILED . 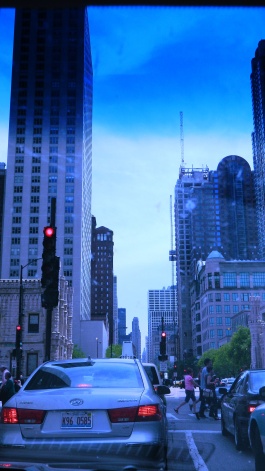 One more day in the USA! It would have been amazing, if we had money. We had to buy food from this 1 Dollar store and pass the night in a cheap hotel, but at least we didn’t have to pay anything for the new flight on the next day. (All my love to Delta Airlines, even though their food was not that good).

Regardless of the situation, this was all that I got from USA on my first time abroad: Museums, Andrews University, University of Chicago, work, fast-food yucky, Cheesecake Factory and granola yummy, more work, Chicago traffic jam, outlets, and gas stations without attendant.

This may not look like the best first international trip that someone can have, and definitively I didn’t experiment the ‘great side of America’, but it was there that I discovered that flying is possible if you trust. It was there that I decided to live what I had dreamed.

Around 10 months later, because of the good feedback from the USA TV Show series we made there, my bosses allowed to do another series, now in England. Woww!! I would cross the ocean. I was going to Europe! But this is a topic for other post. See you around.

Check out the pictures from this trip in U.S.A: First Time Abroad (Gallery). 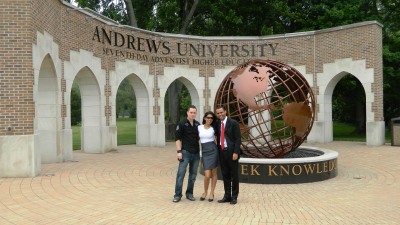 In short: A granola eater! Journalist • Producer • Traveler • Dreamer • Believer… maybe critic, maybe intellectual and sometimes really stubborn, but also a pure heart ready to love the life… Well, I’m nothing… So I can be anything… 🎥📷📰🎤✈️🍎🙏💃😉 From Brazil to anywhere in the world or universe… an inhabitant of the Earth with the eyes on the Heaven.. View all posts by allanadf